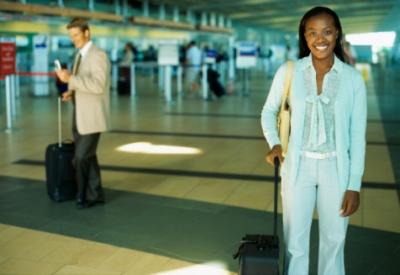 Not long ago, I was one of eight young professionals chosen to participate in a six-month media fellowship for recent college graduates.

The first group outing and ice-breaking session came with the requisite roster of questions all young and blindly ambitious twentysomethings throw at their peers. Résumés were compared, quiet rivalries established and pedigrees picked over.

What scored highest with this crowd was an impressive answer to the question, “So, which countries have you traveled to?” Some had spent semesters studying in Spain or a year teaching in Malaysia, along with the requisite post-graduation excursions through Europe and reporting trips to sub-Saharan Africa. As for me, well, I didn’t even have a passport.

After the initial embarrassment of having to ask, “Does Canada count?” it hit me. My competition, especially in an industry flooded with talent and fewer jobs than the Titanic had lifeboats, was out gathering the kind of experiences that I had only read about. Experience that will be invaluable when it comes to an employer choosing Candidate A over Candidate B. They lived in a global community — one that I saw as gated and inaccessible.

The problem of an un-globalized population has not gone unnoticed. In 2009, President Obama began the”100,000 Strong Initiative,” a $2.25 million program intended to encourage young Americans to travel to and study in China. This past February, first lady Michelle Obama spoke to students at Howard University about the initiative and the importance of having an international perspective in a world that is becoming increasingly less U.S.-centric.

Yes, our widespread lack of international participation is so chronic that it has prompted a multimillion-dollar presidential initiative. But where our white peers may need the push to go overseas, students of color often need a shove. Blacks make up about 4.2 percent of all American study-abroad students, while 81 percent are white, according to the Institute of International Education. In order to “win the future” as President Obama demands, we’ll have to at least get in the game. If not, warns Jennifer Campbell, assistant director of the Benjamin A. Gilman International Scholarship Program, the gap between Americans with a global mindset and those who only think domestically may never be bridged. “We have to make sure all of the population has access to international exposure, or else there will only be a certain part of the country who will be able to compete globally and the rest will be left behind,” Campbell told The Root.

In the past, experts attributed the lack of international travel among young people of color to financial constraints, fear of racism, parents unwilling to support the decision and a lack of role models.

But Campbell, whose program has given out 2,300 scholarships to minorities for international exchange programs, says that those attitudes are changing. “I think that this generation recognizes that the person next to them is more global than they are,” Campbell says. “Things are changing, and this generation is pushing for those opportunities more now than ever before.”

Thankfully, she’s right. I’m proud to say that my foreign experience, or lack thereof, is becoming an anomaly among the current crop of young black emerging leaders. I polled a group of my peers from Howard University and around the country, and I was pleasantly surprised to learn that many of them have expanded their marketability by increasing their number of passport stamps with global volunteerism, education, immersion language training or professional experience.

Syd F. - May 13, 2021 0
The modern world has blessed us with many amenities and technologies that have made our life easier. The work that used to take hours...