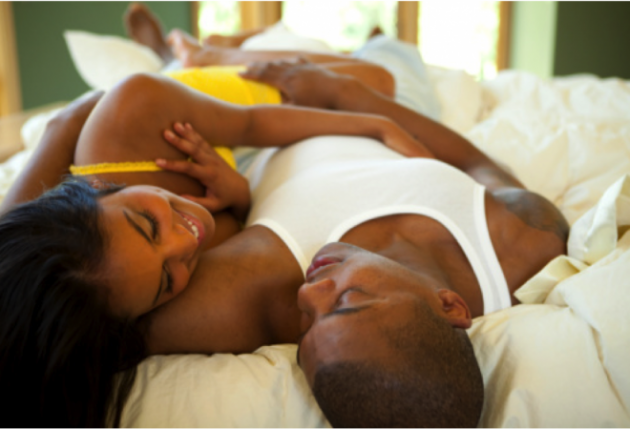 4 Cases To Being Friends With Benefits

You scratch my back, I scratch your back.
Like two Peas in a pod.
BFFs!

Humm… Those “good” friends we all have, the ones we swear by and we can’t “supposedly” live without and we are not willing to take the risk to even find out (if yes or no). Your “soul mate”, the one who just completely understands you and yet…they are not your life partner…just “your partner in crime”. When the going gets tough on the other side, you usually just dial their number; when things get completely messed up you can go running to them, cuddle, hug and enjoy a good evening together and your relationship remains “platonic”. Yes the friend from the other gender who is “just a friend” …

Have you noticed ALL the “” (quotation marks) so far??? Why you ask? Simple! because; we say we can’t live without that person in our lives, but have we ever tried? We like to call them our soul mates, but what the heck does that even mean? Platonic? Hummm really? Just a friend? Maybe (but is that reciprocal?)
Guy Girl friendships (do)n’t exist. Few are simple. Most are complicated! But quite often; we are such selfish individuals that we hang on to “certain things” and call them friendships because society won’t allow us to call it anything else and well, it’s a lot easier to convince the people around us…

OK, am blabbering so, Let me set it up:

CASE I
Julie and John. Grew up together, went to the same elementary and high school. Their parents know each other. Practically slept in the same bed growing up; when they talk, text or chat its like no time has ever passed. Best Friends Forever (BFFs). They’ve been roll dawgs and pretty much know what’s going on in each others lives. [ John’s girlfriend hates Julie.]

CASE II
Sara and Sydney. Love – hate relationship when it started. She couldn’t stand him, he couldn’t stand her. They couldn’t stand each other. Until one day; sitting across the room from each other, their eyes met; there was a crazy sexual tension….they acted on it. It was only that one time. What they shared was so unique, so special….oh so so… Couple of years later; they are ‘ride or die’ friends. He can count on her, she can count on him… They share the illest shit together – and there are NO taboos! Neither has any idea how their better half would react cause the friendship hasn’t been put to the test (yet).

CASE III
Brenda and Benjamin. Started talking. All they did was talk. One was emotionally deprived, the other had so much love to give. So they talked and talked. It felt good to share, no judgement, to be free in that world we know so well. More talk and talk, until they were all talked out. His phone bills were extra, her ear drums were exploding. They SHARED everything you can think off from family history, to likes and dislikes, to secrets …and… Well just about everything — and then realising just how close they were; they started dating. The ideal relationship. Then the REAL secrets started to come out and the “relationship” died out BUT they just couldn’t let each other go; “I care so much about you”, “you the only person whom I have shared so much with” – that’s the kind of excuses they gave and that’s how they justified their continuous “friendship”… They knew they couldn’t be together but they didn’t want to be apart. [Benjamin’s girlfriend knew Brenda was the mistress who just wouldn’t go away. Brenda knew she was the girlfriend whom he didn’t choose. And Benjamin, well …]

CASE IV
Roberta and Casey. Cynthia and Ryan. Filipa and Eric. Elyse and Franck. Varied situations. Friend of a friend. Sister of my ex girl friend. Friend of my girlfriend. She’s like my sister, he’s like my brother type of friends and all other variations. I call them the friends of “circumstance”, A makes it so that B and C know each other and develop a “friendship” or rather “a buddy relationship” and often times simply and “acquaintance relationship”…..
Right now, I feel the need to define friendship…or at least differentiate it from acquaintances and buddies….by buddies I understand the kind of person you just hang out with once in a while, you got each others phone numbers and that’s about it. Acquaintances see each other only when the opportunity presents itself, I will immediately ELIMINATE Cases IV because in my opinion these are “sane friendships” based on feelings that are not “pre-determined” or “pre-conceived” – a lot of times; you meet by coincidence or convenience and most times you’ve come to consider these people family ….(p.s I am generalizing, but very few of them make that exception )…so moving right along. I understand here friendship as that person you share with and you have a mutual understanding they won’t judge and they are on the same level as a friend who was from the same gender as you are.

Case I in my opinion occurs rarely and most of the time one of the two has feelings but has learnt to SUPRESS it because of the fear of “destroying” the “friendship” …. Sometimes one of them develops the courage to go further and often it goes to the grave. I never worry about these kinds because well they aren’t usually threatening.
But you can quickly see that I could (and might) go on forever and ever…so because I gotta say what I gotta say…and I gotta give my usual “expert” advice (see disclaimer) am gonna handle cases II and III specifically; those “ambiguous” friendships that have made more than one go CRAZY!
CASE II never becomes problematic in my opinion until you forget the unwritten pact. The advantage is that you have taken the time to uncover “the forbidden truth” so you will never have to ask “what if”… It NEVER started off platonic, but it has become “non sexual”…. It COULD work, if you can BOTH keep your urges and feelings at bay – when one of you gets into a relationship; uncovering your secret might get tricky, as jealousy might come into play. If you respect your partner, very often you will keep this “friend with benefit” at bay and start to keep a certain distance, this “friendship” will become completely Dormant! (you kind of know he could always be your plan B if… this friendship works perfectly when you are both in relationships… right?)

My personal favourite is CASE Number THREE! Yes… I said it already, the word friendship in this case is simply used to justify ”selfishness” that most don’t understand. This friend can most certainly, almost never be a friend to your “new partner” and RIGHT there you have a fundamental problem – because this friendship will always remain somewhat of a “secret” and as soon as you leave the public sphere; you can no longer call it a sane friendship. This friendship is usually the one you run off too as soon as things are not going well in your relationship… and this friendship can develop into SOMETHING more… this friendship can become PROBLEMATIC and quite often has been know to destroy couples. The partner never understands that “special bond’ because that’s how you like to call it…”special”…(what the heck is special about it?) The inconvenience with this one, is that there is always one of you (and sometimes both of you) that has never forgotten the other and still “hopes” that one day… and even when you don’t hope…. this friend is most often your PLAN B.

The above are generalized cases that I have come to see and experience (sometimes), they have led me to conclude that friendship between guys and girls are not only complicated but don’t truly exist. We could establish rules; but we would almost certainly always step out of bounds. Again; I call upon my best friend RESPECT – once you get into a relationship; you must, you should try to ensure that your partner feels secure enough and never allow “these friends” to threaten what you’re building. I know, it is easier said than done, but the quicker you realise and understand that you ARE NOT friends they better and faster you will reassure your partner. It is ok to care about someone, it is not ok to pretend to not care about them and say “we are just friends”