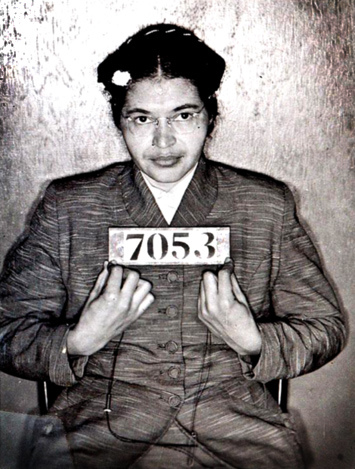 Google is honoring African American civil rights activist Rosa Parks, who 55 years ago today refused to give up her seat on a bus to a white passenger.

Because of the stand she took on December 1, 1955, Parks was arrested, sparking a boycott of the Montgomery, Alabama, bus line that lasted 381 days, according to her official website.

Dr. Martin Luther King, Jr. was named the spokesperson for the Bus Boycott, and the protest spread across the country, calling for equal rights for all citizens.

“I have a dream that my four children will one day live in a nation where they will not be judged by the color of their skin but by the content of their character.”