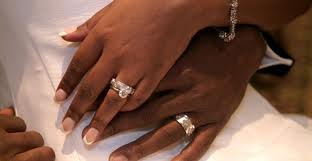 What is a Parallel Marriage? by Nina Mayers

Early Monday morning on my way to an exam (which I hope I passed); I was listening to classic FM (Nairobi radio station) and Maina (presenter) was going on about “Parallel Marriages”. I suddenly tuned in a little more; I figured it could get very interesting, especially because it was barely 8 am. For those of you who haven’t figured it out by now, I am in Nairobi, Kenya. Enjoying Africa, at its best… A little cold but certainly great. Anyways, back to the story at hand; Maina defined “Parallel Marriages” as follows: Being in a marriage seeing your spouse (man/woman) with another man/woman, and feeling nothing”. Let me say that again, basically he was suggesting (or rather) these women were suggesting that, they were completely fine with the idea of seeing their man with another woman and they felt nothing.

I will let you sit on that information for a couple of minutes before I say anything…..

Nothing!?? Nothing at all?? Really? I doubt that, highly! In fact I question that. I might not feel much but I will feel something. Lets think about this for a second, seeing my man with another woman could mean a whole lot of things; if I saw him sitting across a woman at a table, having some coffee, I might not really care. If i saw him, sitting next to a woman having dinner, whispering sweet nothings into her ear, I probably wouldn’t be as cool, calm, & collected as in the 1st scenario . And If I saw him with another woman in or around a bedroom I might explode. So the sentence, “if I saw him with another woman, I would feel nothing” to me is completely FALSE.

I always say, things need to be defined; and context is key. Now that the dramatic side of me has ranted, lets take a look at this whole idea of parallel marriage and how it is actually defined: Parallel Marriage; is the idea that, a couple suffering through power struggles & relationship issues begin to adjust by creating a system where both individuals put their time and energy into other activities and interests. Could be work, school, children, faith, hobbies, books etc, the energy that goes into relationship is therefore minimised. Seen like this, it suddenly makes sense.

As a relationship (or marriage) begins to flatter, I agree that perhaps one does not feel the need to invest much anymore and other interests begin to take over. In such a case, if i were to see my man with another woman, i would be “indifferent”, that not to say I feel nothing. However, I am so engrossed in other things in my life, and don’t quite care about the relationship, that I “choose” to ignore it. For me, this is key, and it is not the same thing as feeling nothing.