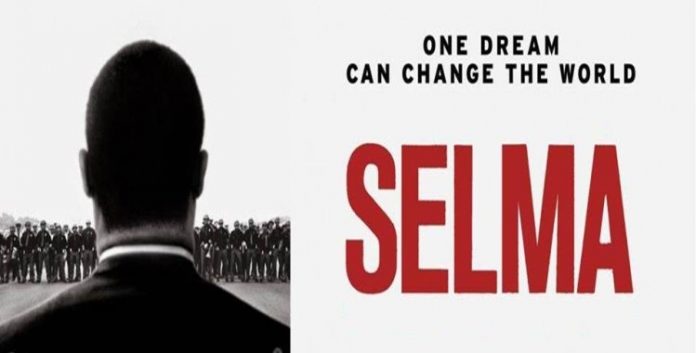 Nominated this year for the best picture Oscar category, Selma is the story of how Martin Luther King fought, in a pacifist manner, for the rights of African-American.

Selma is the recollection of a series of incident that led to a law that allowed African Americans to exercise their right to vote and to participate in the political decisions of their town, state, and country.

In the lead role, portraying Dr Martin Luther King Jr, is the British black actor David Oyelowo. His performance embodies the length an actor would go to be their character, from the southern accent to the chubby figure and even the iconic gestures during speeches. For “Selma” David Oyelowo was beyond doubt Dr King. A performance that should have gotten him at least a nomination in the lead actor category but let’s not cry, the talented artist is here to stay.

The supporting cast is as good as the man leading the movie. Carmen Ejogo, bringing to screen Coretta King, the wife of the doctor, was superb in the role she was given. A co-lead more than a supporting character, she brought to life the complexity and emotions that were brought up by the events of Selma. Talking about supporting cast too, some will recognize Common, the rapper turned actor, and the mogul of entertainment Oprah Winfrey. Winfrey is also the producer of the movie, the same as her pal Brad Pitt. To put it in perspective, their last collaboration was “12 Years A Slave” that moved the world last year. Oprah also assured that her “snub” at this year’s Oscar nomination was unfortunate, but she was not done making movies yet. We can therefore, assume to see more of her in the next years.

The movie is not only inspired on true event but also uses official resources from history to make the film as truthful as possible. This also, and, unfortunately includes a lot of violent scenes as the beating of black people by the police as they were having a peaceful march. In a world where race problems are still very present, “Selma” is a movie that can be used to remind to African American of the sacrifices that their predecessor did for them to benefit of the liberties they have today. In that spirit, President Obama instructed that the movie be shown for free, to 8th grade around the country, during the Black History Month, February.

“Selma” is definitely a movie that everyone should see, as it pertains not only to America history, but the world history as a whole.

Blog: TV is just a box