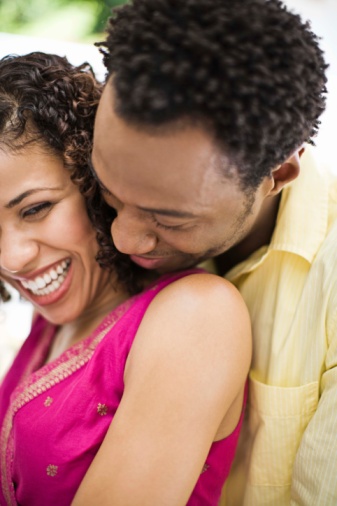 “We gotta make a change…

It’s time for us as a people to start makin’ some changes.” Tupac

From the title and above quote one would think that am talking about the changes around us, but no, here I am once again giving my “expert” advice (see disclaimer) from a female perspective on the changes that one undergoes within a relationship. You would be surprised how perspectives differ.

This is a story about Trina and Kevin. Trina never really expected much from men; having been in and out of numerous unsuccessful relationships. She had even began to give up on the male species all together, until one day – hold and behold, Kevin came along. He felt different. He treated her like a princess, doing all the right things and saying all the things that mattered. Like most men, in the courting phase; he accustomed her to loving messages, unconditional love, attentive conversations, flirtatious scenarios and utmost and constant attention. Trina was sure to receive an email each morning; a text at lunch, a phone call in the evening and an occasional gift ‘just because’. Experience told her to not let her guard down, to be cautious and take it all with a grain of salt. Love on the other hand told her, this man cared about her; so she should start reciprocating his love. And so like any normal person, Trina began to show the same attention she had been getting all along, for her it was only conventional. What better way to express oneself than to share with another. Bliss. A loving relationship based on mutual respect was developing and like most women, she began to develop a dependency – not an unhealthy one; but one of love. It continued like this for months.

And then one day, Kevin became complacent. The balance of power and emotion shifted completely; his caring words from days past no longer came at an habitual pace; his emails decreased and his text messages became sporadic. The phone calls still came, but Trina in this new quest for a “good relationship” compensated by filling in the void Kevin had left. Now she was sending the messages in the hopes that he would reply. When he didn’t call she often dialled and when it often frustrated her, she simply assumed that he was perhaps busy and that now that they were an ‘item’ it was okay for her to do her part too….

You know this story, you know how it ends…. Sometimes the Trinas suddenly become the dependent women whose lives center around the Kevins; she puts him first and he knowing that she loves him no longer has to work for her attention. He becomes distant to the point of even being “unrecognisable” and still the love of Trina inhibits her from detaching herself emotionally and saying… “stop! Hold on, this is not the man I fell in love with” – she begins to make excuses for him and well… When the man is not mature enough to change his ways, too often too sadly the relationship ends.

Don’t get me wrong, some Trinas end up restoring the balance and the Kevins resume their better ways.

But for the purposes of “The changes within a relationship”, I want to deal with the Kevins that do change and the Trinas that let them. So changes….

Should we condemn Trina for reciprocating this love? And what of Kevin who all of a sudden doesn’t follow the norms previously established? Is it safe to say that, Kevin was simply enticed by the chase? And if so, should we the Trinas of this world spend our times playing hard to get? Do the games ever stop?

Am asking questions; I unfortunately don’t have the answers too – so my “expert” advice suddenly just goes down the drain along with all the misconceptions and theories I could come up with, because at the end of the day there is a few things and only a few things I would like to impart on you my dear friends…

A relationship is about respect. For me, this means the world. This also means that when you decide to accustom, teach and create a certain routine within a relationship; you have to give yourself the means and the latitude to ensure that you will CONTINUE to give that same treatment you started off with. Why? Because as human beings, as emotional women (strong & attached) we fall in love with THAT aspect of your behaviour – we hope that you remain that same man; because if not – what makes you different from Jason down the street – who could simply decide to do all that and just get in bed with me? For someone like Trina who is at wits end; I wouldn’t blame her if she ended the relationship as soon as she saw signs of change. Not because she’s not happy; but because her alarm is ringing off in her head and she’s saying, “no, i don’t want to do this again”, because if she is right then you will be another number in her life, another disappointment and if she is wrong – what’s the price to pay to find out?

To the men, I say #Be respectful; and learn to discern the changes around you – communicate those changes, you will only be considered a better man for talking about them – rather than playing into the blinded loving naiveté of your women.

I personally simply play hard to get

(works for me) – but I learnt the hard way (one time) that sometimes; you pass up an opportunity when you choose to be strong headed. So I will let each woman decide for herself. I don’t think there is a right way to deal with it, the heart wants what the heart wants and the mind well, you know how that goes…. However, when you do notice that “Change”, speak up! Don’t assume that it will get better; don’t make excuses and please, please don’t become equally as complacent. “Take a stand” – because at worse; you will be WRONG -But you will have avoided that “transitional phase of what ifs and whys” and at BEST you will have addressed the issue and continue to live a prosperous relationship. Nota Bene: Remember, addressing an issue doesn’t mean making an “issue” out of it; be calm, poised and reasonable when doing so; don’t attack and chastise, just put the problem out there without sounding accusatory or judgemental; because remember you are not complaining about the “relationship” you are simply asking why the change ? (so that the relationship can take back the full cruise course it was in)

To the women, I say doubly, “be respectful” … Give as much as you want back (even though we know our motherly natures allow us to give so much more). Learn to detach yourselves emotionally so that you can make your demands. And although this whole text has been about the men that change, some women do too… So be real and always be the one whom he intially came for…

That’s it from me tonight… (I have to end by saying; some change is good IF you are both on board with it

P.S: When am happy, you’re happy… so if you think you fallen into the trap – hit the “RESET” button; its never too late to make a change

Editors Note: I would particularly, like to hear back from the men on this one… Because my assumptions are purely based on observation – perhaps they too can tell us why they change.