The Wire is an American television drama series around Baltimore, Maryland.

The show portrays the social, political, and economic life of this city in a way never did before.

Created and primarily written by author and former police reporter David Simon, the series was broadcast by the premium cable network HBO in the United States. 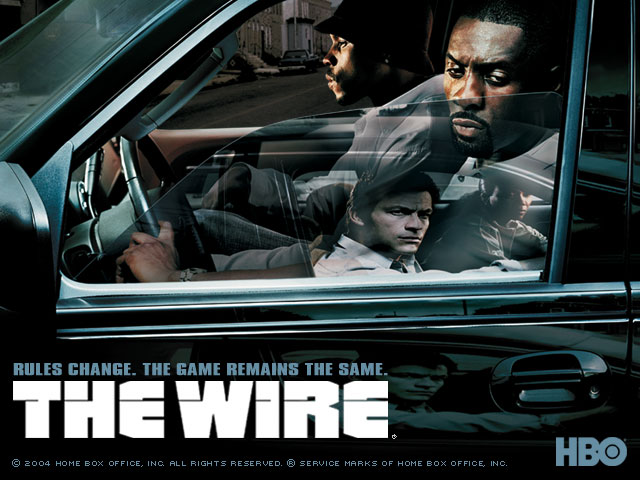 Check out all the intros of The Wire gathered into one. The original song is by Tom Waits : Way dow in the hole. Which season is your favorite ?

What ultimately makes The Wire uplifting amid the heartbreak it conveys is its embodiment of a spirit that Barack Obama calls “the audacity of hope.” It is filled with characters who should quit but don’t, not only the boys themselves but teachers, cops, ex-cops, and ex-cons who lose their hearts to them. This refusal to give up in the face of defeat is the reality of ghetto life as well. Feel me: It’s what The Wire is all about. Jacob Weisberg

After sixty episodes over five seasons of pure excellence we don’t want to spoil we only asked you random “What if…” to see what we can come up with.

…What if The Wire was a cartoon ?

These cartoons who are in fact the latest REMAKE/REMODEL challenge from Warren Ellis to create “The Wire : Animated Series”. So Paul Sizer went old-school like saturday morning Hanna-Barbera old school. 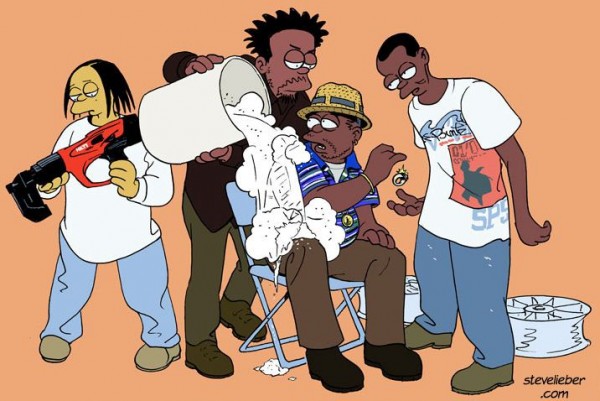 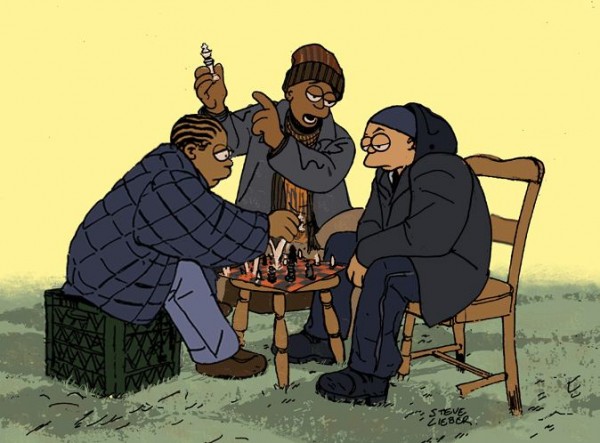 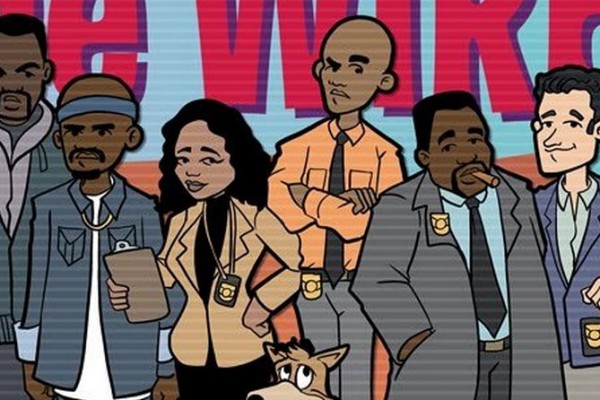 …What if The Wire was a clash between Jay-Z & Kanye vs Mos Def a.k.a Yasiin Bey ?

An epic compilation who features scenes perfectly in sync with the medley simply produces one of the finest video ever made on The Wire.  A coincidence ? We think not. Niggas in Paris vs Niggas In Poorest.

…What if The Wire was real ?

This time Baltimore : this is for real. No Stringer Bell, no MacNulty, no Marlo but kids trying to escape their destiny (76% of African Americans in Baltimore do not graduate High School). This very project took place in 2005 and running since.

“The boys of Baraka” mainly consists on shifting reality of inner-city kids by sending them in Africa. Interesting results, no spoiler here, the documentary follows them in Kenya and in Baltimore, before and after attending Baraka School in Kenya. As you’ll see people are more shape by context they live in than youcanbewhatyouwant’s advocate sometimes overlook.

…What if The Wire was a musical?

No this is beyond ridiculous… and will be certainly very funny. The team at Funny or Die and some characters (Inspector Greg D’Angelo, Bubbs, Omar or Snoop) met to try it! Watch the video below and let us your comments and opinions on what is going on at 2min20.

….What if The Wire is simply the best show ever ?

MTV Shuga : How to meet the Cast behind the show ?