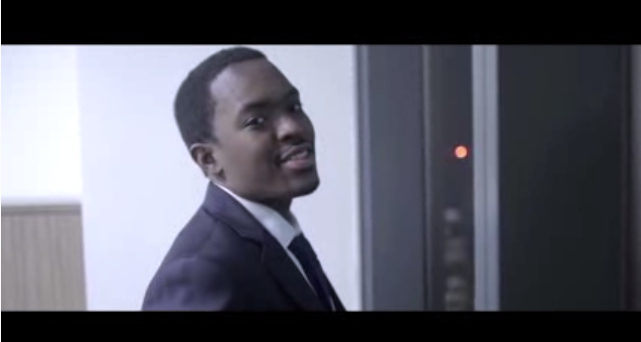 Let’s play a game. You guess who used to work at the Gap? Kanye West. Guess, who used to sell hot dogs at the Mall? Eva Mendes. I heard President Andrew Johnson was a tailor. George Washington was a surveyor. Herbert Hoover was an engineer. Theodore Roosevelt was a rancher, and President Jimmy Carter was a peanut farmer. Hugh Jackman who plays Wolverine was a clown, but look who’s laughing now?

You know, what I noticed about successful people. Successful people take a course of action, which coincides with their belief or passion. Put your hand up, if you work at 9 to 5 or 5 to 9, or just any job, which you don’t enjoy, but takes up half your time. We’re hopefully in a couple weeks, months, days, years’ time, you’ll be able to come back to this video hear that first line and keep your hand down.

Because how many times have you visualize taking the pen from the manager’s desk or the one that cashier keeps behind the till, the one your supervisor places it strategically in their hair or the one the security guard keeps behind his ear for extra intimidation, and writing your resignation. Because there’s nothing wrong with making a honest living, but be honest, are you honestly living?

If this mean no job which allows you just to stay afloat, yes, a job, a J-O-B, which leaves you just over broke every single month, living your life just for the weekend, living life just on the weekend because the other five days belong to your manager.

So you understand the need to have a job temporarily, but pursue a career eventually, because in my J-O-B, I used to sell at least 200 shoes a day, and none of that was ever reflected in my pay. One of my colleagues once made the company five grand in one month, and you know what he got, an e-mail, a £20 discount voucher and a complimentary lunch.

And you think you are safe because your job is commission-based. And so, you’ve been working there for three years and a secretary with the short skirt gets a promotion because her and her boss went for dinner real late. I’m sure you can relate, but wait. Are we still happy, we’ve a extra week holiday and a raise in the salary?

Perhaps, we need more clarity, let’s look at the statistics, because the industrial revolution was beneficial technologically, they coerced a lot of people into factories for ridiculous salaries to benefit their families. And that shape people’s mentalities exponentially and essentially it became the norm to work for someone else by the turn of the century.

And I could have regurgitated facts and figures to support this, but I choose not to boast; plus that would give them nothing to write about in the Huffington Post.

Now in three years, I’ve had six jobs, and that made me think that long-term I could never be happy working one of these jobs, and I used to have a rich uncle called Steve, and they say that apple don’t fall far from the tree. So, maybe subconsciously I was trying to get one of Steve’s jobs.

I understand more than anyone that job allows you to pay the bills make ends meet and survive. But that’s exactly what it is, surviving not living, I hope you are aware of the difference, it’s like when you hear, but don’t listen, because you can hear good advice, but if you don’t heed it, it does no benefit to your system.

The same way; only knowledge of application is wisdom, I hope you’ll creating the distinction. Shawn Corey Carter said it best, “9 to 5 is how you survive, and I’m not trying to survive.” So he strived hard for his dream and look where it took him, so bear that in mind next time when you drive pass the arena in Brooklyn.

But then again, survival is the only trait that every human being has in common. And do not take this as a reason to quit your job, go back home and stare at your computer screen because the government check, plus idleness does not equal success, success will not fall in your lap.

In my family, we have a saying, it says, “if you really want to grow trees pray for rain, but don’t neglect to water your seeds.” Chase your dreams, because I wrote this on the back of the payslip on a late shift, the grave shift, a slave shift for make shift wages.

Google the term corporate sharecropping and you understand what I’m talking about. If somebody wants, if somebody wants to do these jobs then let them. And from the bottom of my heart, I respect them because I once met garbage man who was the happiest man that I’ve ever met.

But don’t become a slave to a paycheck because a job is a safe net, the condom which the system uses to screw you, and none of us would be here, if everyone practice safe sex. Stand tall.

And if you’re not sure if you’re building someone else’s dream maybe this will help. Jerry Gillies said, “You will recognize your own path when you come upon it” because you will suddenly have all the energy and imagination you will ever need, and don’t be afraid to innovate. Because it’s not about how much change you make, rather about how much change you make, because a business that makes nothing but money is a poor business.

So you decide what your life is worth, your passion or your paycheck because “Your playing small does not serve the world” because what is our deepest fear is not that we are inadequate. Our deepest fear is that we are powerful beyond measure. Confucius, “Choose a job you love, and you will never have to work a day in your life”. Peace

5 infographics to understand the Internet