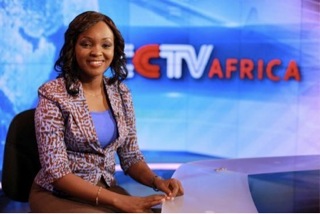 Peninah Karabe holds a Bachelors of Arts Degree in Communication and Sociology from University of Nairobi. She’s been in the media industry since 2000. She  has worked in KBC Radio for five years as a programme presenter and has moved on to NTV, as a weather presenter and grew to News Anchor/Reporter.

Other than current affairs she did special reports on Environment and Wildlife conservation including lion collaring exercises, buffalo translocation, and how human activities may have contributed to the drought that hit Kenya in 2009 and the impact on the country’s tourism industry.

In October 2011 she joins CCTV as a news anchor for Africa Live.