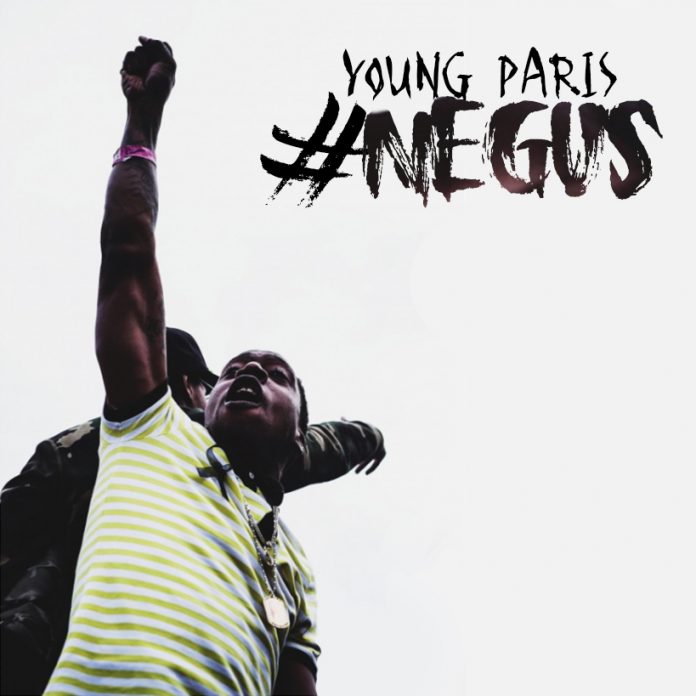 #NEGUS [-”King,” “Ruler” or “Emperor” in the Ethiopian language of Amharic.

An antynym of the word “nigger” according to its historical American usage.]

Raised in NYC by world renown Congolese performers, Young Paris crafts a unique sound that threads the boundary between rap and electronic dance music and blends a fusion between Hip-Hop, Trap, and African drumbeats. Along with 5 of his brothers and sisters, he performs an exuberant live show that merges dance, performance art, and an unparalleled personal style. Since crafting his sound with his 2014 project Rap | Electronic, the artist was then selected to perform at Arcade Fire’s KANPE KANAVAL, as well as the Parisian leg of the AFROPUNK Festival, which helped open many doors for him.

According to the artist since Ferguson we see a great conscious awakening within the black community, not only in America but all around the world.