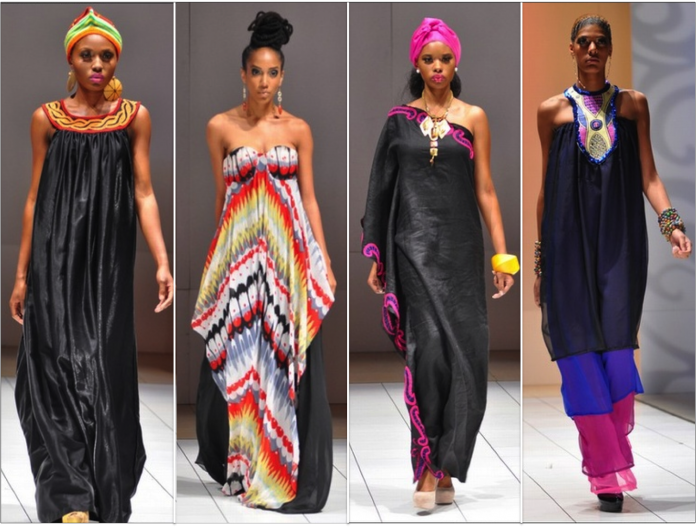 Le Tabouret D’Or offers a curated selection of the most coveted African fashion brands. The e-boutique will bridge the gap between African designers showing on the world stage and fashion lovers. For those that are new to African fashion, there is editorial content woven throughout the site and online magazine to guide you to unique finds.

Le Tabouret D’Or will launch with pieces from GloRia WavaMunno, Joansu and Modahnik. Expect new designers to join the site after the initial launch. Working directly with designers, Le Tabouret D’Or ensures only the best pieces are featured. Although many African designers show in top runway shows and have outfitted celebrities, their pieces are not always accessible to admirers.

“For as long as I’ve lived in the US, people have always loved the African clothes I’ve worn,” explained Serwaa Adjei-Pelle, founder and CEO of Le Tabouret D’Or. “Whenever they asked where they could get my outfit, I would tell them my tailor in Ghana made it. The reality is that African fashion just hasn’t been accessible to people who admire it. With the emergence of African Inspired and ‘Tribal’ collections on runways, African fashion lovers only stand to gain from Le Tabouret D’Or sourcing African fashion directly from the continent’s designers.”

For those of you who have admired African fashion from afar, Le Tabouret D’Or invites you to jump right in. The e-boutique’s online magazine, Le TD’Or, shows the reader how to wear pieces sold on the site. The magazine also has a click-to-shop feature for the convenience of its shoppers.

“I liked the name “Le Tabouret D’Or” because of its dual meaning– symbol of prominence and luxury — and most importantly, a salute to my Ashanti Heritage. Living in the US, choosing to use the French version of the Golden Stool made the phrase sound a little more luxurious. Using French is also a little nod to the fact that I married into a French speaking family. The name is already starting to catch on and at the very least raise eyebrows! ”