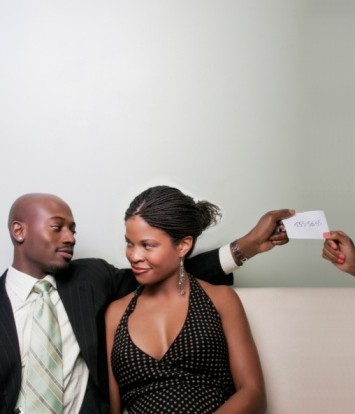 I can’t call him tonight. And although I want to see him badly, I can’t.

Tonight, is a family night at the Joneses. He is with his baby mama (God I hate that term) and daughter; Tania. He often talks about them and he is always showing me pictures and videos of her accomplishments and how she is growing up (Tania obviously). We often talk about his family and it is almost like am a part of it, except… Am NOT

Yes, tonight I can’t help but think about him but I can’t have him.

Am not sure how I got to this point; of being the other woman…. Not sure when it all turned around and I was the evil element in all this. I have tried to walk away many times but my heart just won’t let me go.

It started off as an arranged relationship. One that was suppose to help me out. I was happy about the “arrangement” because I simply did not want to be tied down to anyone. I got my fix when I needed it and I could walk way no strings attached. I knew he was seeing someone at the time but quite frankly, it didn’t matter to me. He wasn’t serious about either relationship.

On one of our random nights together, he told me: “she’s expecting”. I smiled. For some reason, I didn’t grasp what he was talking about. I even went in as far as to ask, “expecting what?” as if he would say something like, a new job, a phone call or something entirely random. He just looked at me and said; “am having a girl”.

It dawned on me. For him to know the sex of the child meant the pregnancy was well past the first trimester (we were talking about a pregnancy right?). It meant that it was real. It meant that he had been keeping this from me (but did he really owe me anything?). But more importantly it meant that i was most definitely THE OTHER WOMAN. I hated the connotation, but if the shoe fit.. I was wearing it.

He never stopped calling. He never acted like something had changed. He simply didn’t acknowledge that he was having a family life on the other end. He kept things simple and light and still promised and gave me my basic necessity. Some would say, I should have walked away; but once I realised that I could be losing something that I had always had so easily; I went into “self protectionism/preservation” mode and dug my nails deep into his skin; not wanting to let go. He obviously allowed me to. He was getting the best of both worlds.

That is how, I became the mistress. So here I am today, in the shoes of the woman on the outside. Unable to step in, and frozen from stepping out completely. I don’t see him as much anymore since Tania has a whole lot more demands. He says his baby mama is threatening to take the child away if he doesn’t invest more in the relationship – reason why he hasn’t fully committed to me. I want to believe him; in fact I probably do; or I would be walking away so fast.

Now who is the other woman?

When it comes to matters of the heart, cheating, mistresses, lies and all that – it is always so easy to blame the other woman. Sometimes we actually think that a Normal (I use the term lightly lol), self persevering human being would chose to live such a state. We convince ourselves that women are ultimately complete masochists (even if only half true) and we forget to equally blame the man behind it all.

Granted, not all “other women” stories resemble this one and sometimes the other woman actually makes it easy to hate her; but other times; one or two women fall victim to the facade and once already blinded and absorbed by what they think is love – it is too late to turn back. Whatever the case, whatever the reasons – judge we can not.

It hurts either way.

Have you been an “other” woman?