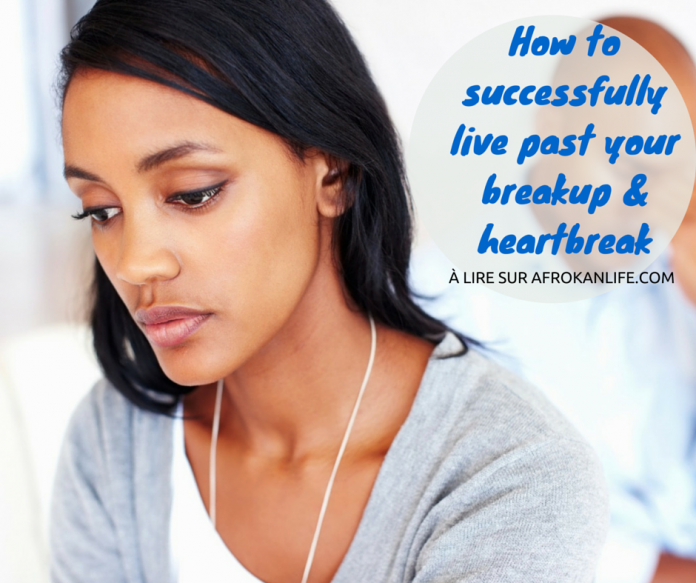 It is said that we become inquisitive, insecure, un comprehensive beings when a relationship ends. We usually want to understand why. We analyze, over compensate, we investigate and try to find the moment “when” it all went wrong. Most of us even “regret” our actions from days past…. And then (hopefully, thankfully), we usually (often) finally accept…

In retrospect it (the breakup) almost always makes sense. Whether you are trying to comfort yourself or justify the end; often leading to “we were not meant to be” conclusions and “I wasn’t ready for a relationship” attributions, it all ends up being about “I am no longer into you” and “I can do better” manifestations.

At the end of the day how do you heal? How do you successfully get past the breakup and heartbreak? I like to think that whatever method works, whatever your placebo  is, we are all entitled to explore it, but moreover we are urged to embrace it.

I have a few friends, and they have interesting ‘pills’ for their ‘ailments’.

Steve loves to reason and find explanations to everything. He is the guy who will have an explanation for why the sun didn’t come out this morning. He will explain it using words and theorems. So for every relationship that has ended in his life, Stevy has a theory. Often times he will consult a psychiatrist and other times he will come to the conclusion that she is crazy. But he always does an introspection, followed by an exit interview. The interview is usually doubled up with a score card, that tells him the dos and don’ts for the next round. Steve’s formula works for him because he gets a new kind of crazy each time around.

Tania is our resident optimist. “Something better will come along”, she says. ‘It wasn’t meant to be’, she thinks. Tania always has hope. She lives every day with a new grain of faith and her future is full of possibilities, endless at that.

Line is a go-getter, go lucky, always on the move kind of girl. She has a fast live, her motto is clearly “there is always more fish in the sea”. According to her, the best way to get over any kind of relationship, is to get under a new man. “The new relationship quickly keeps you occupied and very quickly you forget what’s his name” she says. Line doesn’t think it is healthy to be alone, and she never is. Her solution, keep’em coming.

Mike is not very different from Line. His secret: he does not commit. He juggles 2 or more conquests. He says life is about the number of women that take your breath away. We watch Mike go from date to sleepover and back to date again. Carefree he is, carefree he stays, he doesn’t get attached long enough to give a damn.

Timmy is quiet, sober even. She blames herself. So when things go wrong, she quietly retreats into her shell and over analyses everything, from the way she cooked the chicken last week to the way she said hello when he came home two nights ago. Everything, and then she concludes that if only she had done this or that differently, he would have reacted so and so, and eventually the relationship may not have ended. Timmy lives in endless hypothesis and well when she stops blaming herself and the wounds begin to heal the story continues, she meets someone new, when it ends, she starts the blame game over.

Rosie is the egocentric girl. Me, Me, Me, Me. I was too good for him you will often hear her say, and just like that she is on to the next one. No one is ever good enough for her, and every new relationship it is the same story. Me, me, me. Her pill involves her blaming everyone else but herself.

Brice has the same answer, “she just couldn’t fit in”, our mama’s boy was brought up in a certain way and the woman he chooses must be groomed right.  He gets over the breakup by convincing himself that she wasn’t right for the family heritage or whatever other BS he can come up with. No one will ever fit in if you ask me, his standards (or his mothers standards) are exaggerated. Brice is stuck in a whirlwind.

I could go on and on, but.. the key thing is to heal, and every one has their way of doing it. We come up with reasons, excuses, habits and we gripe to them. We develop mechanisms that are true to each individual and we ride them to the very end.

What I will stand by, when it comes to me, is that I think of ME first and only, wholeheartedly and as selfish as it may seem. I believe and persistently tell myself that every breakup has been by choice, mine (my choice), and that they were just crazy people who were sent on earth to make my life a living hell (I can share the non exclusive list of madmen so you avoid them). I refuse to think that there is anything wrong with me. But that’s entirely my prerogative.

If you ask me the naked truth and the key to a successful breakup/heartbreak,  I will say: there is no formula. But, I will tell you to find that ONE thing that is irreconcilable, otherwise known as “the deal breaker” and hold on to it for dear life. Doesn’t matter if the reason is stupid, lame, wrong, immature, non justifiable, just find that IT that would make you say “am out” and HOLD ON. If anyone asks, use that. When you feel like you might give in, remember that IT. Make it the center of everything, and say, “We are done because you did [insert deal breaker]…” and “I will get over you because of [insert deal breaker]…” as for the rest, TIME has a funny, funny way of making things better. Trust in it (time that is)..