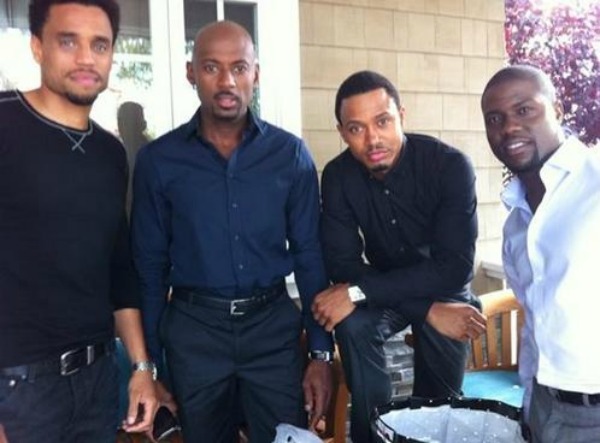 I have had some memorable times. I say it every time I talk about the men in my life, I love me some them. I thank them.

Now this post is long overdue but hey what can I say. Steve Harvey was generous enough to give us the “cheat book” on men: Think like a Man. Ït Came after ‘He’s just not that into you’. Now I cannot say I didn’t smile and laugh after reading these books and I don’t believe that they are the God’s honest truth on all subjects but I DO think that any woman in the dating world and otherwise should have a peak at them (even IF just for the laugh and the smile when you think ‘I was THAT girl’ lol). Even though books like Steve Harvey’s in the long run are detrimental to us, simply because, the men finally catch on to the game and attack back – and everything we learnt becomes obsolete. They find new ruses and schemes to take back the upper hand. What had vivica fox called it again? “Transfer of energy” The women need to change up their game – but I aint getting into that today.

Today I wanna talk about the 3 Ps. Provide. Profess. Protect! Have any of you women experienced all three with ONE man! I can see how that would make a “good” man, if he was professing all this love, providing all he could and protecting you as much as he could. See the men in my life just couldn’t. Couldn’t get it all together at once that is. I had the:

1. The professorI love you. I love you. I love you *singing along to psquare* this guy told every Tom Dick and Harry that I was his girl! “Have you met my wifey yet?”, “Yooo am coming into town today with my baby” – were his words. Every Jane Jenny and Janet knew that Charles had a woman at home. I even became the laughing stock of the b**tches down the hall because he was always telling Sandra, Sarah and Simone how much I was his wife. Who didn’t know that I Linda was Charles’ girl? Who? If you didn’t then you weren’t living in the real world. Even at the clubs, the waiters knew to bring a glass of champagne to “my girl sitting over at the corner”. “This is my woman, the future mother of my children” – he would go on. Yes indeed, Charles was THE PRO-fessor! We knew it. But that is all he was. Within the four walls of the bedroom, he showed me nothing more. But I stayed because well, I was HIS girl! Who could say no to that? Huh?

2. The ProtectorNathan was my bodyguard (protector). in fact so protective that he was always jealous. I couldn’t go anywhere alone. I was the “package”. If he was in the secret service, he probably had a code name like “the eagle” for me. When he was out of town he gave strict instructions on who could check up on me, when to check up on me and he always had detailed “reports” of my 1 and 2s. I often got the “I heard you were…” speech.

He introduced me to his friends when I came to visit as “Linda”. She’s in town for the weekend he had added. I had not gotten a designation. however the minute Ray his boy had tried to come sit next to me on the couch, he had almost pounced from where he was standing (metres away) wondering why anyone was taking up a sit next to me (only he had that right). He had casually said, “yo leave my woman alone. Why you sitting next to her?” (the one and only time he had ‘professed’) but I suspect he was just ‘protecting’ his territory. Because that became his thing, in the club no one could stand next to me, if his buddies offered a drink he was always close by to say no. He made sure that I was always ‘safe’. The ‘eagle’ had limited, controlled movements. And oh how I wish he did more than just protect lil old me? I could break any minute huh? #Sigh

3. The ProviderIdris gave me everything I needed. I would say “Baby I want a new bag”. And I would get an “Okay”. I would add, ” And the pink shoes from Guess”. And he wouldn’t flinch followed by an “Alright. Anything for you”. Sometimes it would be his initiative, “The new ipod is out. Do you want it baby?”.

He took that attitude all the way home. If I said “I can’t cook tonight.” He would reassure me and say, “No worries we will order out.” I was catered too and for…

I had everything I wanted, his ‘philosophy’ was if he could provide for me on all levels THEN it wouldn’t matter what HE was doing out there! So I was showered with gifts and all my basic financial needs were met. If only a girl could live on designer all day… I heard them say, Channel, Dior, Prada calming words for any girl. But is that enough? My LV bag, my prada glasses and vacation just wouldn’t fill the void …

Hey peeps tell me about the naked men in your lives you got the 3ps?