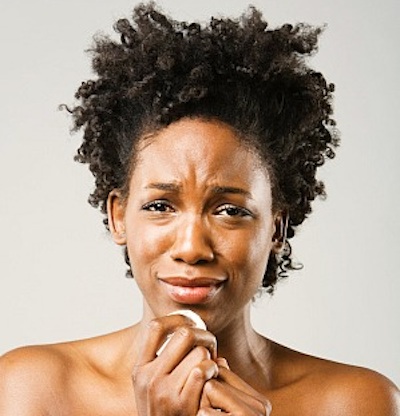 The Men in my life: the Breakups by Nina Mayers

I think personally I have a hard time breaking up…. It must have something to do with my ego, or better yet. Something to do with fear…. Actually am not quite sure; I haven’t quite figured out the whole thing; most times I simply walk away, preferring to do my own thing than be fed a bunch of strung up excuses that quite frankly don’t take us very far. But often times; the jerks are not man enough to say they are tired and so we usually just die out (they have an amazing way of coming back though; check out the come back series)

I love the men in my life. I think I’ve told you this before, the reason I love them so much is for the lessons they are CONSTANTLY and I mean constantly imparting on me. By the time am done, I will most certainly have a PhD in them.

Sydney and I dated on and off, high school to college, we were friends, sometimes lovers but mostly “friends”. Whenever the drama became intense, we become friends again. He then decided to move away for ‘much’ higher education. That meant that we would be about 5 hours apart …by plane. Cost of seeing each other once a month : in the ups of 400$ *on sale*…cost of maintaining the relationship: 30$ for the unlimited long distance, drama, more drama, no real communication and frustration at seeing each other only for a couple of days. Cost of breaking up by MUTUAL CONSENT: priceless! We both agreed after 8 months of tracking back & forth (i did most of the trekking, as the accommodating loving girlfriend *bs*) , we understood, or rather I understood I couldn’t put myself through it much longer. So we both agreed (read here mutual) to let bygones be bygones.

Sentence: A life long relationship of what ifs. Because the relationship never really got the chance to discover the real issues, and because we supposedly mutually agreed to end it, we always have that random conversation where we wonder IF…. p.s I hope he’s not moving back here any time soon 🙂

Nothing turns me off more than insecurity in a man. Nothing turns me on more than charm, charisma and funny. Donald was on the ledge, he had both these personality traits. One got me into him and the other well, kicked me out and did so hard. I was always having to explain to him my whereabouts. Donald loved the idea of me being there, but didn’t understand that sometimes I needed my space. He was a loving individual, he was funny and just charming… But for some weird reason he either didn’t trust me or as I like to think of it, he didn’t trust himself enough. I mean am all for affirming your relationship and all that… But am the kind of girl who also needs to know that she is a whole individual. So I’ve never quite figured out of this was his issue or mine. The end of the relationship was perhaps worse than all the drama from the real housewives, we fought and fought… He became my local FBI and i felt like the un-sub on the run… Conclusion: we accumulated hurt, hate and frustration till one day I said “this is it”.

Sentence: Unresolved bitterness that makes it uncomfortable for us to hang around the same joints. He still thinks I cheated on him.

His indifference, led to my indifference which led to non existence. He cared from a distance; well I should say he sold me an illusion, which I bought (call me naive or hopeful) and then once his job was done, he did what most guys do, he started to act all un-interested. As those would say, “he just wasn’t that into me”… Being the perfect guy, he couldn’t just say this is not for me; he had to play it cool, coward (if you ask me) and let me come to my own discovery of the whole issue. Having tried the whole, ;could you explain things to me’ and that eternal need for ‘closure’ we women have… I eventually got the hint and moved on… So my indifference or whatever other word you want to qualify it with led to me just not giving a shit… He never called again and I well…haven’t called since. If this was a utopia; we would still be together 🙂

Sentence: I love the fact that ‘comebacks’ are an inevitable formality – i put the dish in the freezer. Nah am not the vengeful type… The sentence for this one is a mixture of ‘good riddance’, i wish i knew where i went wrong, could it have been different… Its

Ladies, bare all with me and tell me your naked breakups…