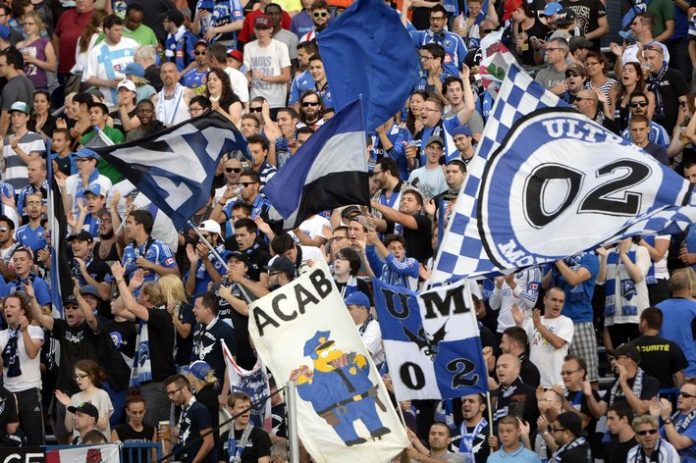 Montreal Impact : A team you will want to make yours

I will tell you from the get-go: I was for a long time part of “the other team”. Imagine for a second, the most typical little rural town you can think of in Québec. I was born there. By the age of three or four, I really enjoyed astonishing my uncles, my father’s customers and other grown-ups by being able to answer them correctly when they asked me who wore the number 16 for the Blues, the 10 for the Canucks or the 2 for the Rangers.

The point is that I was a die-hard fan until the most recent lock-out. Simply put, I was fed up with such stupidity in the management of the circus that now was the best league of my childhood sport (after all, only seven years had passed since the previous lock-out!). I decided to quit and never look back. No more hard feelings now, just indifference. If they win, great, if not…

When I was a kid, soccer was the number 1 sport… during recess. I loved to play, but I didn’t know a single thing about the pros. Nobody I knew did either. Well! There was that time when, watching Sports 30 on RDS, I heard about a new soccer team in Montreal called the Impact, and it seemed that they were pretty good.

However, being 700 km away from the big city, I didn’t have access to anything but short clips at a time when you were the absolute lord and master of your neighbourhood for having a Pentium I 100 MHz at home. Forget about streaming, right! Not to mention that the league the team played in at this time didn’t have much visibility.

The spark that ignited my interest in pro soccer: 1998, France. I was 11. Some friends and I watched some special programs about the event in the days preceding it, and we told ourselves we couldn’t miss that. To hear some reporters say it was “bigger than the Stanley Cup finals” was the perfect argument to convince us.

My friends, influenced by the predictions of the experts, were all rooting for Brazil. For my part, I fell for the play of the French-speaking guy that seemed to do whatever he wanted with the ball and to have no fear but that of going bald. What a flawless World Cup he had! At the end of the final 90 minutes, I was the only one cheering in the living room of the one of us who had the biggest tv.

My interest for the Great Game was born right then and it was there to stay, but it never got to the next level because I didn’t have a strong commitment to any team in particular. In early 2012, it is with great interest that I followed the pre-season of the first campaign in Major League Soccer, the tv/media coverage now being extensive enough that I could feel like I was a part of it despite the distance separating me from Montreal.

I watched the friendlies, the first games of the season. About two years later, I still haven’t missed a single match of the club. Because what I found in there is beautiful. Strong. A part of each of us. This is:

– Modern Québec, through its metropolis, holding out its hand to the rest of the world and getting in tune with it.

– A bunch of charming, passionate guys who are a hundred times more down-to-earth than some athletes in other major sports.

– Some world-class players nobody could have imagined bringing in Montreal only two or three years ago, and some home-grown young talents that join the ranks of the pro team in greater and greater numbers.

– The incarnation of unity at its best, twenty-or-so guys from nearly everywhere in the world who are proud to wear blue and white, the fleur de lys, to choose Québec as their home and work together. To leave everything they have on the field, to entertain us, for the love of the game, the thing that unites us all, fans just as heterogeneous as the roster at first sight, but in the end, perfectly homogeneous.

– A hot-blooded owner whose club is the apple of his eye, who is close to the fans and ready to provide money and facilities to build a winning team. A guy we can identify with.

-A multimedia staff that makes a wonderful job capturing for us the intensity of the action and make us live it.

-An awesome fan base who loves their club and is very engaged, but who manages more often than not to keep the debates respectful and enriching. I couldn’t omit how the UM02 Ultras group makes me proud of our colors, no matter the stadium they visit.

-Competent, professional reporters whose numbers are ever-growing and who know how to present the product to make it as attractive as possible – I think of Gounelle, Leduc, Brett, Lord, Milano and Val Halst on the francophone side.

-The Québec/Ontario rivalry reaching an intensity which doesn’t exist anymore in other sports (the last time the Maple Leafs won the Cup, I was ‘’minus 19 years old” and the NHL was a six-team entity…!).

In my humble opinion, in 2014, this is the best way to reconnect with the true spirit of professional sport: passion, intensity, thirst for victory. No red carpets, no cheerleaders or players going on strike to earn 12 million dollars instead of 10. Just sport.

I told you in the beginning that I was on ‘’the other team” for a long time. This was just a colourful way of saying that there’s no need to be an absolute soccer fan since childhood to become a fan of the Impact.

Of course, it is completely possible to love and follow the activities of both the Impact and the Habs or any other team. It’s only that, as far as I’m concerned, what I always loved in sport, now, I only find it with the Impact.

Sure, there will always be stubborn people that can’t see – or deliberately choose not to see – beyond the classic ‘’they’re all fakers and there are no goals”. At some point in my life, I even shared that thought somewhat. However, with eyes and mind open, one can come to the conclusion that to reduce the game of soccer to this one statement would be as untrue and ridiculous as to say that hockey is a barbaric game because of the body checks and the fact that there are rockets flying at 160 km/h around players who don’t always wear a visor.

Maybe some of them decided to watch one game one time and it wasn’t worth it, so they gave up. Others may think the MLS is still a real bad calibre league. For my part, I would only answer them: just try. Try to find all those things I’ve listed above, I’m pretty sure you will too.

Now that everything is said, see you on the web forums or at SS this summer?

That you are white, black, blue, purple, yellow with polka dots, I don’t give a damn. All I want to know is if you are on our side. If you are, you’re my brother.